Late last month we were shocked and saddened to learn of Duncan Bush’s passing. This week our Friday Poem is one of our favourites from The Hook. 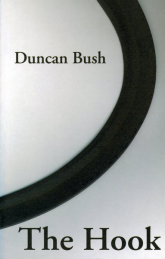 The Hook combines powerful early poems from two of Duncan Bush’s prize-winning collections: Aquarium (1983) and Salt (1985), together with several poems published in pamphlet form at the time of the 1984-85 Miners’ Strike, including our featured poem ‘Miner, Abercynon, 1985’.
The poems in this book focus on a number of themes that Duncan Bush continually refined over the years. His central concerns are the nature of work, the impact of industry on its environs, and the fate of modern man at the centre of a complicated web of social, political and personal forces.

Join our free Book Club for 20% off every book you buy from us.