Each month we are shining the spotlight on one fantastic Seren author in honour of Wales’ Year of Legends. Our selection for April is the poet Ruth Bidgood.

Ruth Bidgood turns 95 this year, and her poetry career spans over five decades. She was born in Blaendulais, near Neath, educated at Oxford, and worked as a coder in Alexandria, Egypt in World War Two. She has lived in mid-Wales since the mid-sixties. 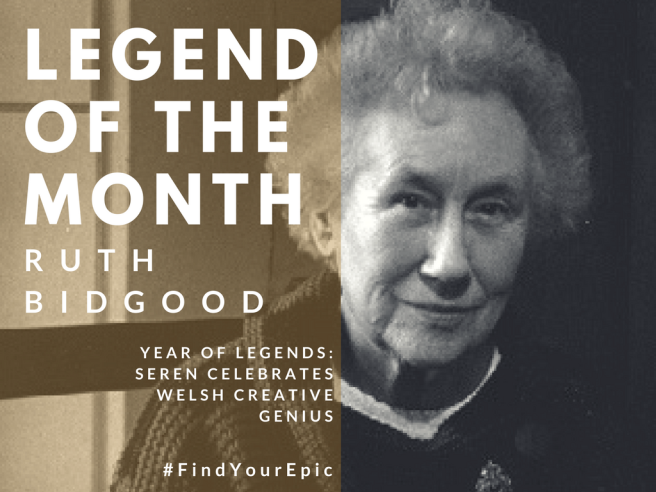 She has published fourteen books of poetry, including The Fluent Moment (Seren, 1996), Singing to Wolves (Seren, 2000), and her New and Selected Poems (Seren, 2004). Her twelfth collection, Time Being (Seren, 2009), won the Roland Mathias Prize and was a Poetry Book Society Recommendation. Her most recent collection is Land Music (Cinnamon, 2016). As well as poetry, she has written a prose book about Wales, Parishes of the Buzzard (Goldleaf, 2000), and published many articles in country historical journals.

Matthew Jarvis writes of Bidgood’s achievement: ‘The heart of Ruth Bidgood’s poetry is her varied and intertwined rendition of the mid-Wales area that she has made her home… Artistically, what she has achieved in such material is nothing less than a mid Wales epic.’

Here is ‘Legacy’, from New and Selected Poems, which featured as our Poem of the Month in the April edition of Seren News:

Find more of Ruth Bidgood’s poetry on the Year of Legends page, alongside books by March’s featured author, Dannie Abse.

4 thoughts on “Legend of the Month: Ruth Bidgood”